Was H.H. Holmes the First Serial Killer in the US?

H.H Holmes, Herman Webster Mudgett, better known as Dr. Henry Howard Holmes, was responsible for a series of murders at the turn of the century that would cause him to be dubbed "the first serial killer in the US". But was he, really?

What is a Serial Killer?

Although the criteria for defining what is a 'serial killer' varies among authorities in different countries, generally, the following characteristics have to be present:

This definition is designed to differentiate serial killers from other types of murders who commit multiple killings, such as spree murderers and mass murderers.

Spree killers are those who commit at least two murders in multiple locations and over a short time frame. One example of a spree killer is Andrew Cunanan, who murdered at least five people over a period of three months.

Mass murderers kill several people either simultaneously or over a short period of time and in close proximity to each other. The September 11 attacks at the World Trade Center are considered examples of mass killings. Mass murders can be perpetrated by groups of people as well as individuals.

It should be noted that different authorities set different criteria when identifying serial killers. For instance, some may place the threshold at four murders or reduce it to two. The FBI's definition of serial killing uses only two murders as the threshold for the case to be defined as such.

In addition, although psychological gratification is the usual motive for serial killing, there may be other motives. For instance, the killer may commit the murders to gain attention or for financial motives. While a serial killer may pick his victims at random based on opportunity, they may also have something in common. The killer may target victims based on appearance, gender, race or demographic profile.

The difficulty with designating H.H. Holmes as the "first" serial killer is the lack of documentation of past cases. There may have been serial killers in the US before Holmes, but they were simply not recognized as such since their crimes were not adequately recorded. In fact, the term "serial killer" itself was not coined until the 1970s; before the seventies, they were simply known as mass murderers.

This is why looking at historical accounts through a modern perspective can be very instructive, since there are cases that may be serial murders but were not recognized as such simply because the concept had not yet been defined back then.

For instance, criminologists studying history have suggested that legends of vampires and werewolves were actually inspired by the acts of serial killers. The ancient Greek myth of the bandit Procrustes, who would lay his victims on a bed and either stretch their bodies or cut off parts to fit, has also been interpreted as being an account of a serial killer.

There is also the case of Elizabeth Bathory, who is recognized by the Guinness Book of World Records as the "most prolific female murderer". Dubbed the "Blood Countess", she was believed to have tortured and killed as many as 650 young girls between 1590-1609, purportedly so she could bathe in their blood to maintain her youthful looks.

Thus, it would be more accurate to say that H.H. Holmes was the first, or one of the first, modern serial killers whose crimes were documented. It is also worth noting that America was still a relatively young country at the time he committed his crimes (1891-94) and there was not enough of a historic record to retroactively identify earlier serial murderers.

Even today, the facts regarding Holmes and his murder spree remain unclear, not only due to the inaccurate reporting of the "yellow press" at the time, but also because of Holmes' wild claims.

For instance, Holmes initially claimed to have killed as many as 200 people following his arrest. But he ultimately confessed to only 27 murders. Many of these "victims", however, were later discovered to still be alive.

Historians now believe that he may have killed as few as nine. Further obscuring the issue is that, while on the gallows, Holmes recanted his confession and said that he killed only two people.

But the main cause of the continuing fascination with Holmes is undoubtedly his "murder castle". This was a three-story structure that he told suppliers and investors that he would use as a hotel to service visitors to the upcoming 1893 Chicago World's Fair.

The interior of the edifice was a death trap designed to lure the unwitting to their deaths. Hallways and staircases were designed to be mazes that would disorient victims. There were also soundproof rooms that had trapdoors that led directly to the building's basement.

The basement was a horror chamber where Holmes would eliminate the bodies of his victims after finishing them off. It was outfitted with a crematorium, pits of quicklime and vats of acid. Holmes also profited from his victims by stripping the flesh from their skeletons and selling those that were still viable to medical labs and schools.

Holmes was able to successfully conceal the nature of his "hotel" by hiring several contractors and then firing if he believed they were seeing too much. However, a look at the blueprints would have raised suspicions, since it included 100 windowless rooms, numerous body-sized chutes that led to an incinerator and two furnaces. In addition, there were staircases that led to nowhere and doorways that opened to walls.

Ironically, what led to Holmes being brought to justice was not the discovery of any of his murders, but a crime from his past. He had cheated a former cellmate of his named Marion Hedgepeth, who then told police of a scheme Holmes shared with him for defrauding an insurance company.

Holmes had actually implemented this scheme with the help of an accomplice, Benjamin Pritzel. Pritzel faked his death so that Holmes could collect the life insurance payout, worth $50,000. However, Holmes decided that it would be easier to simply kill Pritzel rather than trying to find a cadaver that resembled him.

Hedgepeth's confession was not enough to convict Holmes, but he did have an outstanding warrant in Texas for horse theft. Terrified of being sent back to Texas, he confessed to the insurance scam but denied involvement in Pritzel's murder. But a clever investigator was able to trip up Holmes, forcing him to admit to the crime.

He was tried for Pritzel's murder on October 1895, and was sentenced to death. It was after the conviction that Holmes made the 27 murders claim, in addition to six attempted murders. Even after being sentenced, he was still able to profit from his crimes, as the Hearst papers paid him $7,500 (worth more than $220,000 today) for his confessions.

However, his contradictory statements ultimately meant that his accounts were discredited. He also wrote an autobiography while in prison, "Holmes' Own Story".

Read:
Who Was The Boogeyman Of New Orleans?
The Man They Could Not Hang
The Famous 1971 Hijacking by D.B. Cooper
Crimes Against Children - The Search For Gregory Robert Whitehead
Gary Ridgway - The Green River Killer
The Real Dalton Brothers
The Santa Rosa Hitchhiker Murders
The Frankford Slasher Serial Killer
Finding Jimmy Hoffa
The Case of Adam Walsh - Dahmer or Toole 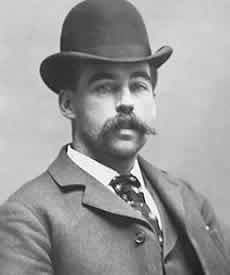 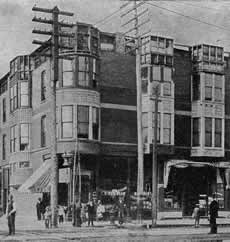 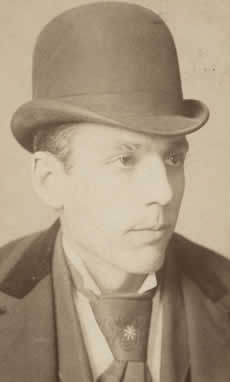 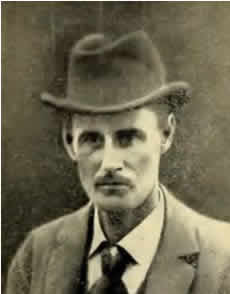