Who Was The Boogeyman Of New Orleans?

The case of the Axeman of New Orleans remains as one of the most notorious unsolved series of crimes in US history. For over a roughly 17-month period, from May 1918 to October 1919, the Axeman would conduct a series of home invasions, attacking the residents with an axe or straight razor.

In all, it is believed that he murdered at least six people. And to this day, his identity remains a mystery and continues to be the subject of rampant speculation among true crime buffs and historians.

In the majority of the attacks, the Axeman would break into the homes of his victims, generally by chiseling off a panel in a back door. He would then attack the residents, usually with an axe that he found in their homes, or sometimes with a straight razor. Since the killer never took anything, it was clear that robbery was not the motive for his crimes.

It was also believed that he would target Italian immigrants, specifically those that ran their own groceries, although this was not true in all of the attacks.

Referred Himself As The Axeman

What cemented the killer's infamy was a letter that he purportedly wrote, published in local papers on March 13, 1919. In the letter, he referred to himself as the Axeman and bragged about the inability of the police to catch him.

Most intriguingly, however, he said that he would kill again at 12:15 on the night of March 19.

However, he promised that homes where a jazz band was playing would be spared. Naturally, terrified residents rushed to comply, and on the night in question, homes across the city hosted parties where amateur jazz bands played. Of course, there were no murders reported during that night.

According to the official record, these were the attacks attributed to the Axeman.

The Theories About The Boogeyman

One reason why a suspect may never have been identified in the Axeman attacks are discrepancies in the profile the police created of the perpetrator and the actual crimes.

For instance, although he was widely believed to target Italian grocers, some of the alleged victims were non-Italians, such as Sarah Laumann. This may indicate that the Axeman might not have committed some of these attacks at all, and a copycat may have perpetrated them.

Alternately, the police profile may not be accurate and there may be some other underlying pattern to the way the Axeman chose his victims.

In addition, there is debate as to when the Axeman actually began his criminal career. Some investigators believe that a series of attacks reportedly starting in 1910 might have been early crimes committed by the Axeman. During these attacks, a prowler invaded several homes and assaulted residents with a meat cleaver.

The first victim to die was Joe Davi in June 1911. However, the link between these attacks and the Axeman remains in dispute.

Because the Axeman seemed to be targeting specifically Italian immigrants, there was some speculation that the murders may have been Mafia-related. But police dismissed this theory since the Axeman attacked women, and the Mafia code of conduct forbade them from harming women.

However, one of the Axeman's crimes did have a link with organized crime. Peter Pepitone, the brother of the last Axeman victim, had been arrested in connection with the killing of organized crime figure Paul DiCristina on April 13, 1910. This has led to speculation that the murder of Mike Pepitone may not have been committed by the Axeman, but rather was the result of a vendetta against his brother.

Another theory related to the Axeman's identity is that he may have been linked to an individual known as Joseph Mumfre or Momfre.

A woman calling herself Esther Albano shot Joseph Mumfre around a year after the last attack. Albano claimed that she was the widow of Mike Peptione, and that Mumfre was the man who had killed her husband.

There were reportedly some intriguing coincidences that may have indicated a link between Momfre and the Axeman. Mumfre had been sent to prison in 1911, just after the initial alleged Axeman attacks, and paroled in 1918, when they started again. In addition, at the time of the attacks, Mumfre was believed to have been heading a gang of blackmailers who specifically targeted Italians.

However, police ultimately found that there was no evidence linking Mumfre to the Axeman.

Furthermore, there appears to be little factual basis for this theory, which was propagated by crime writer Colin Wilson. Other writers have found that there were no existing police or court records from the time that mentioned Momfre's murder.

On the other hand, some investigators claim that Momfre may actually be Frank Mumphrey, who used the alias Leon Joseph Manfre or Monfre, and who was convicted in the early 1900s of gunning down several Italian couples. He also moved from New Orleans to Los Angeles in 1919. But there is still no definitive evidence linking him to the Axeman crimes.

The Identity Of The Axeman Will Never Be Definitively Established.

Ultimately, it seems that the identity of the Axeman will never be definitively established. The murkiness of the facts surrounding the crimes, as well as the nearly a century that has elapsed since the last of the attacks, makes it highly unlikely that there will be a breakthrough that will definitely point a finger at a suspect or suspects as being responsible.

Thus, it seems that the Axeman is destined to join Jack the Ripper in the ranks of unidentified killers who have become legend, and who will continue to haunt people's worst nightmares.

Read:
The Man They Could Not Hang
The First Serial Killer In The USA
The Famous 1971 Hijacking by D.B. Cooper
Crimes Against Children - The Search For Gregory Robert Whitehead
Gary Ridgway - The Green River Killer
The Real Dalton Brothers
The Santa Rosa Hitchhiker Murders
The Frankford Slasher Serial Killer
Finding Jimmy Hoffa
The Case of Adam Walsh - Dahmer or Toole


Who Was The Boogeyman Of New Orleans? 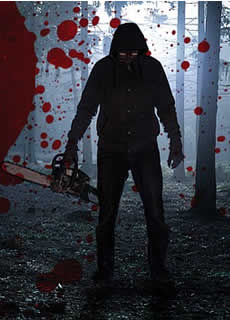