Justin found himself staring at the empty walls of his nearly bare apartment. He has had to sell most of his stuff just to get by. He once had a rather stable job as waiter for a small restaurant.

But everything changed when his employer found out that he was once convicted for theft. He shoplifted a couple of items in a department store when he was 22. It was something done out of peer pressure, but it seriously left a pretty big dent. Years after, it still haunts him.

Justin is not alone. Potentially, criminal records can keep people unemployed for life.
In a research conducted by the National Employment Law Project (NELP) shows that about one in every 4 or 65 million Americans have a difficulty finding a job due to their previous criminal record.

It also includes the inspection of one's criminal records. Background checks are needed for the following jobs: nurse, nurses' aide, licensed home child care provider, employee in a child day care center, public school jobs, lottery or any other gambling-related occupation. Any job that requires a license would also be difficult to obtain. A criminal record can be a hindrance to get such licenses.

What Can I Not Tell My Potential Employer?

The following are some cases which an employee need not tell his potential employer:

What Can I NOT Not Tell My Potential Employer?

It is imperative however to tell the following cases to one's potential employer:

An employer can also obtain one's criminal records. It is important to note that some cases can be erased from such records. Technically, these arrests or cases are inexistent. The following are the records that can be erased:

For the aforementioned cases, the records are typically erased automatically. But if said records are not erased, it would be best to contact the court.

Constitutionally, an employer cannot disqualify an employee right away due to mere criminal records. The employers must prove that the record is one related to the job. Furthermore, the record should affect the employee's ability to perform the tasks the job entails.

Aside from that, the employer must also consider when said incident happened. If it happened a long, long time ago, it would be pretty hard for an employer to make it an excuse to not hire the applicant. For example, the applicant was arrested for petty theft when she was 16 years old.

The applicant was in her 30s and was applying as a spa therapist. The previous conviction, if not yet erased, should not stop the employer from hiring the applicant.

One can also consider getting their records removed. There are usually two options, expungement and provisional pardon. In expungement, an entire criminal record can be removed. It can be done usually after three years after a misdemeanor and five years after the disposition date for a felony.

A provisional pardon, on the other hand, does not remove the criminal record. However, getting a job will be easier. A provisional pardon will make it illegal for any employer to not hire an applicant because of his or her records.

Filling out the Form

When filling out an application form, it is important to read it carefully. Honesty should always be upheld. But, it should also be noted that one needs not provide information that is not asked in the application.

One can always choose to take the other road – self-employment. Plumbers, barbers, electricians and other skilled laborers enjoy a pretty hefty salary. Look for free trainings and seminars that would help in developing one's skills. A lot of non-government organizations hold seminars and trainings for free.

In connection with trainings and seminars, a federal law called the Second Chance Act was passed in 2008. Such law provides funds to help newly released prisoners seek educational and job opportunities. As to date, the Second Chance Act has funded several programs in numerous states such as California, Florida and Texas.

There are also a lot of online jobs right now. Online jobs do not really require physical presence so these employers are more lenient to their employees. What is important to most of these employers is the efficiency of the employee. It would also be a good idea to apply in said jobs.

Volunteer work is also an excellent idea. Volunteer work, as its name suggests, is not really a paying job. However, if one eventually decides to apply for a job again, these look good on a resume. It demonstrates one's willingness to work again. It also shows how one can be trustworthy, responsible and dependable.

Getting a job is hard, especially with a criminal record. However, it is not entirely impossible. Patience and perseverance and most of all, hope, can make impossible things possible. 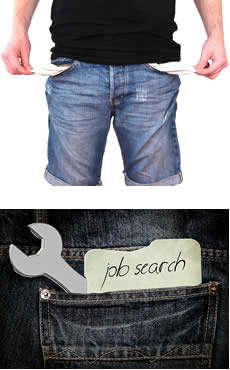 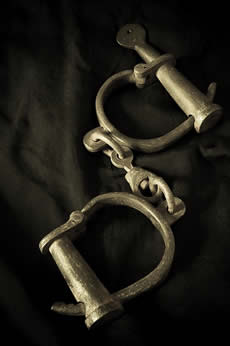 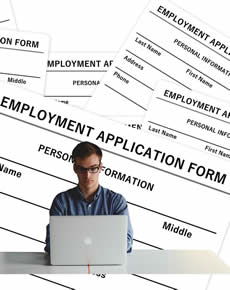 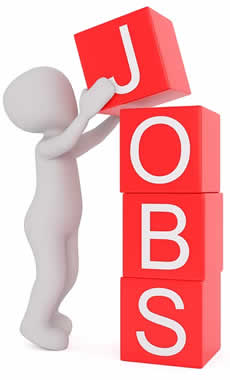