The History of Beer in the USA

Beer as an alcoholic beverage was said to have been discovered way back in the olden days. When man was the endangered species, surviving as a group of hunters and gatherers, living in caves, and using tools made of rocks and bones.

One can only imagine how our nomadic ancestors chanced to come across this mood-altering liquid. It could have been from a rotting fruit, a suppurating palm sap or a year old dates. But one thing sure stays from ancient history to today. The effect of drunkenness such as lack of reality and euphoria has been a warm intoxicating experience that mankind has always yearned for. The discovery of the beer is dating back to the 5th millennium BC in Iran.

The USA Is A Beer Drinking Country

Beer has been branded as the USA's national beverage. Every year, people in the USA consumes an average of 20 gallons of beer making it the most popular alcoholic beverage in the country.

Beer's history as said by many beer sommeliers [beer experts] embodies the American spirit: their contradictory attitude towards alcohol, their passion of inventing and creating fine beverages, their ability to make something new from the old. The Beer Brewing History in USA is a tale of risk, vision, democracy and values told and retold from the distant past.

During the 1500's beer has been one of the most common beverages in Europe. These Europeans brought beer with them as part of their supplies during their sea trips. In the year 1587, when they came along the shores of North America, the Native American tribes welcomed them with a fermented drink that was brewed from a different recipe.

Breweries started around the 1600's when New Amsterdam became the first brewing center of the New World. Due to the different tastes of colonists and their search to drink something new, some innkeepers retreated to home brewing.

They made new establishments that would sell beer not only for individual personal use but also to ship captains who bought boatloads of beer as provisions for his crew. Around the late 17th century New York City gained a rival and Philadelphia became the second brewing center of the Colony.

Beers And Ales Were British-Style

As it had been, since the beer tradition in USA was from England, all the beers and ales were British-style. Change to the beer brewing history in USA occurred when the German immigrants brought with them a new style: the lager style.

Lager turned out to be more commercially successful. It flourished and was preferred by large-scale manufacturers and shippers. The lagers of Germany started a brewing revolution in the USA that would change the way beers taste to today.

After The War of 1812 the USA economy has come to more financial and social problems and many reformers believed that drinking was the problem.

The second Great Awakening was one of the causes of change in work and drinking habits. People no longer drank at home and public drinking turned as an issue. These social changes produced America's first temperance movement and its first prohibition that would change the beer brewing history in USA.

When the Prohibition became national law on January of 1919 more than a thousand breweries were closed and the decline of beer brewing commenced. Only a short list of breweries survived, those who were able to stay in the brewing business produced malt syrups, non-alcoholic products made from grain, soft drinks, root beers and colas.

Prohibition ended around 1930's by first the Volstead Act and later the Twenty-first Amendment to the United States Constitution revoked prohibition entirely. Hundreds of breweries came back mainly the old brewers who were believed to only brew the purest and finest beers. Considered one of the oldest brewing company in USA is the D.G Yuengling & Son which is still very much alive and brewing beer today in their headquarters in Pennsylvania.

The 1960's and 1970's were years of exploration and discovery; Americans traveled to Europe and found the real ales and wine. When they returned home they were eager to try and make those beers themselves. And after a decade another change which would be evident today took place in the beer brewing history in USA, these home brewers opened brewpubs and microbreweries where artisans crafted beer of the purest flavor.

Read:
Who Explorered The Yellowstone National Park?
Nathaniel Turner And The Slave Revolt
Jamestown, The First Permanent Settlement In The USA
Sacagawea Showed Lewis and Clark The Way
The Vikings Came To America Long Before 1492
A History of the European Immigration
The Original Dalton Brothers
The Wild West Period - The Golden Age Of America


The History of Beer in the USA 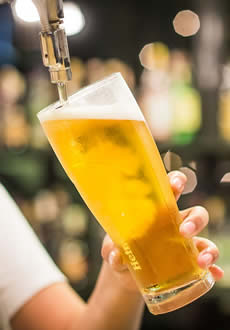 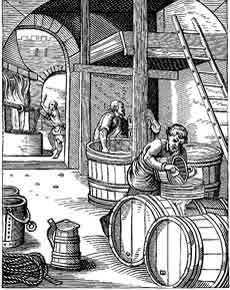 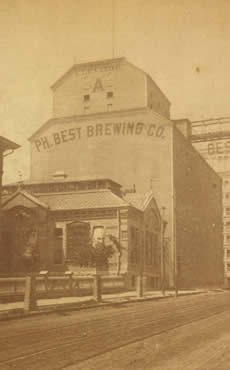 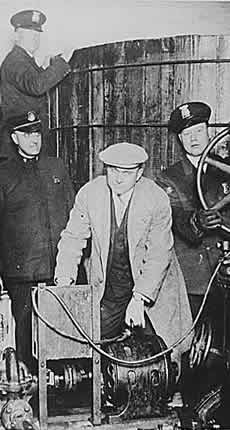