What Does The U.S. Census Bureau Statistics Tell You

The Bureau of Census is an agency of the government which is responsible for the United States Census. This agency gathers other economic and national demographic data. The Census Bureau is part of the United States Department of Commerce, and it is known as the pioneer data source regarding the people and economy of America. But what does the U.S Census Bureau Statistics tell you exactly? How do people benefit from this?

The Census Bureau conducts surveys together with the local government and federal government concerning crime, employment, consumer expenditures, heath, and housing. After the survey has been conducted, data will be interpreted and will then be turned into statistics. Basically, the main objective of the Census Bureau is collecting statistics regarding the nation, its economy and its people. This statistics are of great assistance because it helps tribal and local government to plan transportation systems and railways, determine the location of new public and housing facilities.

Obtained statistics also make localized areas for school, utilities, and elections. It helps them examine the characteristics of the states and communities demographically, plus it also ascertains creation and quotas of fire and police precincts.

The gathered data are used to create decisions regarding which community services are to be provided, they find out the distribution of Congressional seats as assigned by the constitution of the United States. They are also responsible for the allocation of funding to the communities, and they provide Age Search information as well for use in passport applications, proving o relationship in settling estates, qualifying for Social Security and other benefits, and on researching historical topic of family history.

Although the said information are made available to the government, the formulated statistics of the Census Bureau guarantees that they are fully committed to extreme confidentiality, and non-disclosure of any personal information or addresses related in any way to establishments and individuals of the United States of America.

The Nation's Leading Reference Of Quality Information And Data

The above-mentioned details are only a few of what the U.S Census Bureau statistics tell us. There is much more to it than what this article says. It has been made clear of the several advantages and benefits that the statistics gives us and to the government as well.

The Census Bureau makes sure that with the gathered data from the surveys they have conducted that the local and federal government will do the best they can to utilize the statistics with best intentions for the people. Before the government can take any action, they see to it that they base their decisions and planning from the statistics. It is very important that people are aware of the benefits that the U.S. Census Bureau Statistics provide us because without them, the government will not be successful in making major decisions concerning the nation's people and the economy.

They are the nation's leading reference of quality information and data. They take pride in honouring privacy, they share their craftsmanship globally, protect confidentiality, and their work is conducted openly. The Census Bureau statistics aims to always be available when duty calls and religiously guarantees that their information provided are well interpreted. 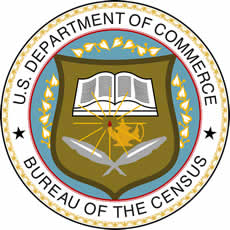